A cohesive team of full time professionals
with diverse areas of expertise providing the full range
of services in a truly integrated care model for mind and body health.

What Exactly is CBD?

Home/Health and Wellness/What Exactly is CBD?
­
Previous Next

What Exactly is CBD?

There are many videos on YouTube about CBD or cannabidiol. For those who want to read a book about what is CBD, the one to get is called CBD A Patient’s Guide to Medicinal Cannabis. It was released in 2017 and offers the website www.CVD-book.com/Updates to obtain exactly that. The authors are Leonard Leinow, who has studied and grown medicinal cannabis for three decades and has run a not-for-profit medical cannabis collective in northern California for the past ten years, and by Juliana Birnbaum, a cultural anthropologist, writer, and worker at Mr. Leinow’s collective.

We have in our brains and throughout our bodies a neurotransmitter system that is involved in modulating pleasure, energy, and well-being and in helping our bodies maintain a state of homeostasis or balance. This system is found not just in human bodies, but in virtually every animal there is.
It turns out that there is one plant in the world that produces chemicals that mimic the molecules in the system mentioned above, called the endocannabinoid system. You guessed it. This is the hemp plant, which records show has been used by people since ancient history. It is the same plant grown by George Washington and Thomas Jefferson and on which the Declaration of Independence was written. It is also the same plant demonized, starting in the 1930s when it was called marijuana by the U.S. government and marijuana was (and still is) classified as a Schedule 1 drug. 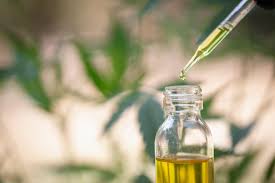 CBD is the most prevalent of the cannabinoids, of which there are more than a hundred currently identified and which come from hemp or cannabis. CBD is anti-psychoactive and is legal in all fifty states. Other compounds, called terpenes, also contribute healthful benefits and these are discussed in the relevant part of the book.

There are CB1 receptors, the greatest number of which are in the brain but they are also present throughout much of the rest of the body. There are also CB2 receptors, which are more prevent in the peripheral system. Two signaling molecules, anandamide, and 2-AG are present. There are five enzymes involved, two for the synthesis of 2-AG, one for the synthesis of anandamide, one for the breakdown of 2-AG and the other for breakdown of anandamide.

THC, the molecule responsible for the psychoactive effect of cannabis, works by directly binding to the endocannabinoid receptors. CBD works indirectly by inhibiting the enzyme that metabolizes anandamide. The details are in the book if you want them.

The system interacts with the endorphin system, the immune system and the vanilloid system (the system responsible for transforming pain from acute to chronic). The endocannabinoid system regulates inflammation, pain, bone health, the formation of new nerve cells, fat and sugar processing, mood, energy, brain health, and hormone levels. Again, more details in the book, another reason for reading it.
There’s a chapter about the various ways to ingest CBD products with a lot of helpful advice and three charts to help the reader determine the right microdose, standard dose, and macro dose, along with reasons to choose which type of dose to use. Then you get to the heart of the book.

Chapter 4 is an alphabetized list of 26 health issues that include, among others, anxiety, asthma, cancer, depression, migraine, pain, seizure disorders, skin conditions, and sleep disorders. For each medical issue, there is information about how to take the medicine, that is, dosage and delivery, as well as a discussion of CBD’s effectiveness based on the reviewed studies up to the date of publishing.
There’s a chapter on CBD’s usefulness for treating women’s health issues. This is the first book with a chapter on the veterinary use of CBD. There’s an alphabetized list of high-CBD strains, for those who live in a state where they can, or will be able to, plant seeds and grow their own. No matter what state you are in, you will probably want to learn more about CBD and this book will certainly accomplish that goal.

If you are interested in a more natural approach to treating illnesses, visit our sister company FxMedCenters.com or call 201-880-8246.

About the Author: DR. RICHARD DREW