A cohesive team of full time professionals
with diverse areas of expertise providing the full range
of services in a truly integrated care model for mind and body health.

How Changing Body Language Can Help Your Mood

How Changing Body Language Can Help Your Mood

Emotions are often felt physiologically. Whenever someone is feeling stress or anxiety, body changes take place such as elevated temperature, increased respiration and, in some cases, nausea. Furthermore, people usually adopt body language that is congruent with their feelings: someone who is anxious is usually taking up little space and displays closed body language. Recent research has indicated that the relationship between emotions and the body can be reciprocal. Therefore, if a person changes their body’s response to an emotion, the power of that emotion is reduced.

In “Power Posing: Brief Nonverbal Displays Affect Neuroendocrine Levels and Risk Tolerance”, Harvard Business School professor Amy J.C. Cuddy shows that simply holding one’s body in expansive, “high-power” poses for as little as two minutes can lead to lower levels of cortisol (the “stress” hormone that can cause impaired immune functioning, hypertension, and memory loss) in an individual. Additionally, utilizing these power poses was found to lead to increased feelings of confidence and a greater tolerance for risk. 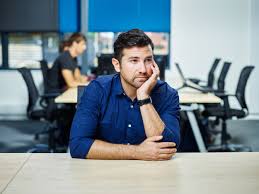 In their article, published in Psychological Science September 10, 2010, Cuddy and her co-authors, Dana R. Carney and Andy J. Yap of Columbia University, detail the results of an experiment in which forty-two male and female participants were randomly assigned to a high or low power pose group.
Subjects in the high-power group were manipulated into two expansive poses for one minute each. First, they were told to have their feet on a desk with their hands behind head; then they were advised to stand and lean on their hands over a desk. Those in the low-power group were posed for the same time period in two restrictive postures: sitting in a chair with arms held close and hands folded and standing with arms and legs crossed tightly. Saliva samples taken before and after the posing measured testosterone and cortisol levels. To evaluate risk tolerance, participants were given $2 and told they could roll dice for even odds of winning $4. Finally, participants were asked to indicate how “powerful” and “in charge” they felt on a scale from one to four.

Although the findings in this study could be considered anecdotal, there is something to be gained by adopting body language congruent with a desired emotional change. Therefore, the next time you are feeling nervous, ask yourself “how would someone who is confident hold themselves” and adjust your body language accordingly. This change may not eliminate the feelings of nervousness, but by holding yourself in a manner opposite to that emotion, you are at least not feeding that feeling. A behavior strategy in Dialectical Behavior Therapy (DBT) is to act opposite to an overwhelming emotion (e.g. if you are feeling depressed, act on this feeling by being social and active; two behaviors that are not depression driven) as a means of emotional regulation. This study expands upon that principle to show that simply adapting body language opposite to our feelings can improve our emotional health.

If you think DBT therapy may be a good fit for you or would like to learn more about STA’s DBT group, give us a call at 201-488-6678 or visit our DBT page online.

About the Author: Christopher Hires